5 amazing games you may have missed in 2022 so far

Hundreds of games are released every year, from massive AAA titles like Call of Duty to smaller indie projects you’ve never even heard of. No one can keep track of all the published offers, let alone play even a fraction of them.

We’re almost halfway through this year, and there have been some exciting launches, such as Sniper Elite 5 and Ultimate Epic Battle Simulator 2. Many more big names are planned for later this year.

Amid this deluge of titles, here are some underrated options that haven’t received much coverage but are worth your time and energy.

Five underrated games of 2022 to check out

This baby comes with all the bells and whistles for those looking for a spectacular yet easy to master racing title. Codemasters designed Grid Legends as a spiritual successor to 2019’s Grid and 2002’s TOCA Race Driver by focusing on thrilling motorsport action and iconic racing moments.

The highlight of the title is its story, presented as a sports documentary rather than a standard drama. We are filled in via cutscenes before or after races and from the perspective of camera crews sneaking into VIP areas and garages.

This well-edited live-action offering was crafted using a mixed reality process that places real-life actors against digital backdrops and is a refreshing form of storytelling compared to its peers. With around 130 tracks and as many cars spread across 22 global locations, it has plenty of content to justify its price.

There is also a career mode that players can play after completing the 7-8 hour storyline. The title divides your available options into chunks instead of displaying everything on one screen.

A nemesis system where AI competitors hold grudges outside of the race and make your life difficult as you encounter them through successive races adds to the complexity.

With an impressive 22-player multiplayer mode, the title focuses on intense competitive fun instead of the most precise tire-tarmac behavior like Forza. Environmental effects such as rain splashing on your windshield are well detailed and coupled with realistic engine sounds, Grid Legends aims for a high-end gaming experience. 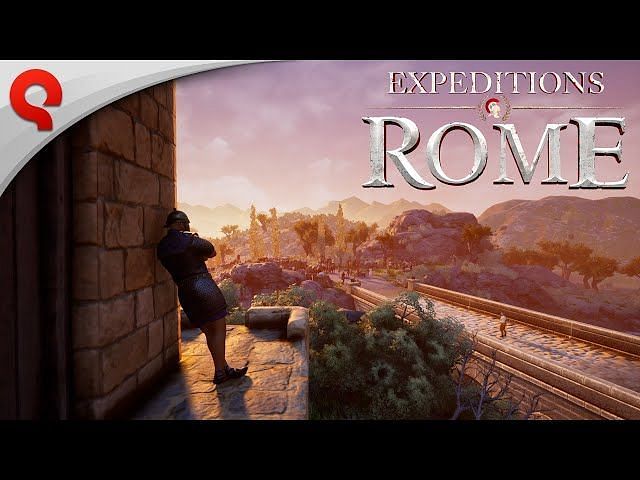 The Expedition series has a stellar record for being a turn-based party management offering with previous titles based in the Conquistadors and Vikings era. The latest addition to the franchise is set in ancient Rome and lets you lead not just your party of praetors, but entire legions across enemy territory.

As the scale of responsibilities is much larger, players don’t have to worry about small things like food and supplies, but instead focus on the bigger picture.

The title forces users to actively use all of their companions and not just their favorite starter companions, allowing for a much more balanced team as the entire suite participates in end-of-campaign sieges.

It is divided into three major campaigns, each longer and deadlier than the last. Combat encounters are well thought out and require considerable team cooperation to be successful. Upgrading players’ squad members to unlock super-powered skills and using them in tandem is satisfying.

Interestingly, it’s not the enemies that get more powerful as individuals level up, but the world around them that constantly offers fights or even crashes as they move around.

Where Expeditions: Rome shines is the storyline. From legendary adversaries to behind-the-scenes allies, it forces users to navigate a difficult path where they constantly balance their conscience and ethics against objective victory. 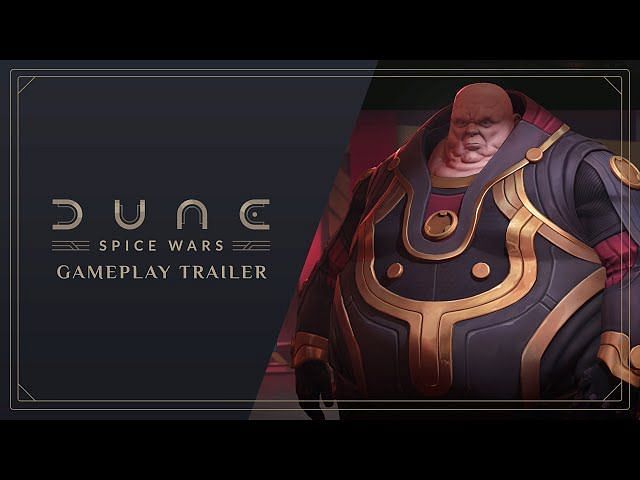 Emperor: Battle for Dune was released in 2001, and gamers have been wanting a sequel ever since. From developers Northguard and Wartales (Shiro Games), Dune Spice Wars builds on the fame of the recently released movie starring Timothee Chalamet.

Offering a realistic 4x grand strategy experience similar to Total war or Stellaris, the title transports players to the brutal desert planet of Arakis. They can embody the Atreides, Harkonnens, Fremen or Smugglers to compete, control and dominate the valuable spice trade. Each faction plays differently and approaches combat, resource gathering, and diplomacy in unique ways.

Be warned, though, because home competitors aren’t their only concern. The planet itself wants them dead, and users are constantly aware of the presence of a distinct colossal entity whose rules they must abide by.

Players might happily battle their enemies when suddenly the giant sandworm takes a massive bite out of their military machine.

Although still in early access, with much more to develop, the game already offers a considerable gaming experience for players captivated by the mystique of the Dune universe. 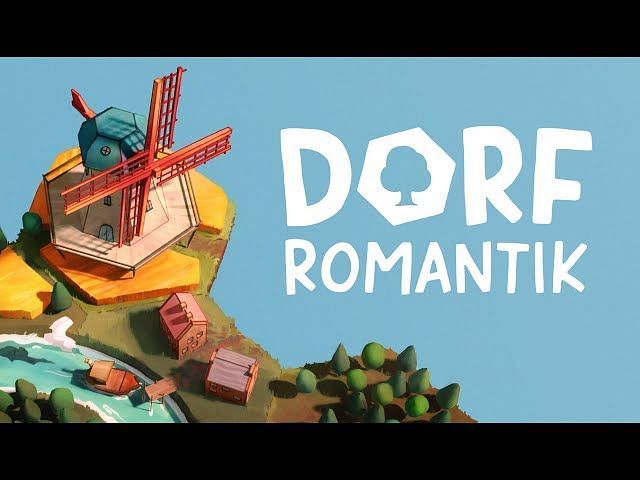 Loosely translating to “village romance,” the game literally does what the name suggests. This award-winning and relaxing strategy and puzzle game transports users to an idyllic countryside. They get a stack of hex tiles to start with, and figuring out where each would fit perfectly is the entire title.

Each tile is procedurally generated and, of course, players are rewarded with bonus tiles if they find the correct spot for it. However, the game continues just as well, even if they want to build their landscapes as they wish.

There are no time pressures or building constraints, making this the perfect therapeutic meditation game if players are looking to calm down. The world looks great with pastel-colored houses and farmhouses with uneven, gently stroked edges for a charming vibe.

Individuals can lay out a vast landscape as they please and watch it come to life with steam locomotives rolling along the train tracks or tugboats rolling down the meanders of the river.

Readers can plan everything down to the smallest detail for their toy-like campaign as they vibrate or not with soothing background music. It’s their world, so users can do whatever they want!

The title was recently released after being in early access for over a year and comes complete with multiple game modes if gamers are looking to switch things up. 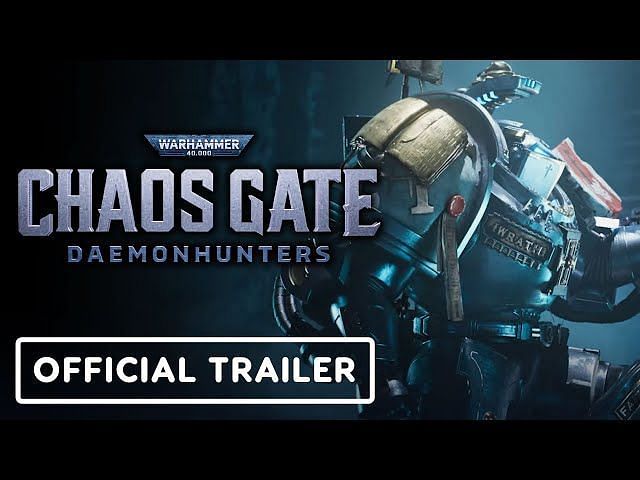 Due to the large number of Warhammer Game releases, most people expected Daemonhunters to be another clone in the same line, but that is not the case. This turn-based strategy game is set in the 41st millennium during the age of the Space Marines and puts players in control of the elite Gray Knights, the hammer bearing the Emperor’s wrath!

They are opposed to the forces of the plague god Nurgle, who are rapidly expanding their influence across a galaxy. The combat is fierce and heavily punishes users for their mistakes. Each mission sees them racing against the clock, ensuring that they constantly charge headlong into enemy squads.

Whether individuals are juggernauts, wiping out enemy squads in two rounds, or cannon fodder for their numerically superior foes all depends on how quickly they can pick up the basics. There is a significant learning curve as the game literally holds no hands and the enemies gradually evolve like similar TBS titles (read XCOM).

Where the game differs from its inspiration is that it eliminates hit probability. Every hit is guaranteed, and players lead the mythical Gray Knights, not new green recruits into battle! Yes, they spend most of their time in combat, but it does affect their gameplay masterfully through the things that happen between missions.

Dialogs appear between NPC stakeholders in user teams, and their choices significantly affect other aspects of the game. They can never please everyone and always have to choose who to piss off and deal with. its ramifications.

Where it shines, however, is the unit skill tree. Each knight belongs to a different class, with their unique skills. Using these skills in imaginative ways to effectively neutralize enemies is so satisfying, and it’s what will keep players coming back despite their repeated failures.

No situation or enemy is too desperate for their knights, as they can go through anything as long as players use them correctly.

Note: This article reflects the views of the author.

On average, a dozen new games are released on Steam every day. And while we …